Members of our Board Sir David was born and bred in Liverpool. He has lived in North Wales for a number of years with his wife Alison. He was knighted in 2004.

After Higher education in Sheffield and Birmingham his major career has been in the public sector with Chief Executive roles at Knowsley Metropolitan Borough Council and the City of Liverpool, leading a major review of Child Support and the Child Support Agency for central government and more recently senior Chair roles in the NHS including the North West Strategic Health Authority and Alder Hey Foundation Trust Children’s Hospital leading the Board in the building of the new hospital. He has also been drafted in to a number of challenged NHS Hospital Trusts as an interim Chair.

He was also involved in the Prime Minister’s Delivery Unit Capability Review programme of central government departments. He was the Chair of the Welsh First Ministers’ Advisory Board on the delivery of public services .

During his time at Liverpool he was part of the core team which won Capital of Culture 2008 and managed the Council in developing Liverpool 1, the arena and conference centre together with major radical reforms to the services provided, culminating in Liverpool being recognised as  Council of the year. He retired from Liverpool in 2006.

Sir David is and has been also a Chair and Non-Executive Director for a number of other public and private organisations and retains a series of advisory roles. Originally from North Yorkshire, Julia has lived in the Brecon area for twelve years. Her background is in the insurance sector and later with Thames Water, Veolia Water and the RWE Group where she held senior human resources roles. On moving to Wales she was responsible for leading the delivery of customer service to Dŵr Cymru Welsh Water’s 1.1 million customers. She has experience in customer service improvement and transformation, having led significant IT systems improvements for Welsh Water. She has learned to speak Welsh to a reasonable standard and enjoys reading Welsh novels to improve her vocabulary. She currently holds a non-executive role with Pobl. Rosie has a background and particular enthusiasm for applied science. She studied agricultural and forest sciences and her biological research (plant science and mycology) included collaborations with industry and commerce. Subsequently she moved into Higher Education and science management, working in academic and non-academic spheres across the biological/physical sciences, at institutional level in wide-ranging strategic, governance, research, and operational roles.

She was the Director of the National Botanic Garden of Wales for six years until 2016 and now a trustee of the Centre for Alternative Technology and of Plantlife UK, a school governor, and appointed Member of the Pembrokeshire Coast National Park Authority Board. Rosie has strong interests in the environment, landscape, heritage and public engagement. She has long-standing connections and commitment to Wales and uses her O level standard Welsh on a day-to-day basis. Catherine Brown has worked across the private and public sectors, qualifying as an accountant with Unilever and then working in senior leadership roles in BUPA, the NHS and the civil service, where she was Chief Executive of the Animal Health and Veterinary Laboratories Agency and then the Food Standards Agency.

Catherine is a qualified coach and has extensive experience as a non-executive board member, and currently chairs the Audit Committee of Natural Resources Wales. Catherine lives in Abergavenny and spends her spare time learning Welsh and walking her dogs. Steve Ormerod is one of the world's leading applied freshwater ecologists whose research focuses on the effects of global change on rivers, lakes and wetlands. Lately Chairman of the RSPB and Welsh Water's Environment Advisory Panel, he currently chairs the Invertebrate Charity 'Buglife'. He is Professor of Ecology at Cardiff University where he co-directs the University's Water Research Institute.

Steve is also the Deputy Chair of NRW’s Board. Peter was trained as a molecular biologist at Cambridge and Stanford, California. From 1999 to 2011 he was Chief Executive of the Institute of Cancer Research, where he remains as Professor Emeritus of Developmental Biology.

As well as being a Director of the Company of Biologists, he serves as the Chair of the Board of Trustee Directors of the Babraham Institute. He is a Fellow of the Royal Society and of the Academy of Medical Sciences and a Member of the European Molecular Biology Organisation.

Peter was a member of the Board of Governors of the Wellcome Trust and a Trustee of Marie Curie, and currently Chairs the Evidence Advisory Committee of Natural Resources Wales. Karen Balmer is a CIPFA qualified accountant and has over 30 years’ experience of financial management, providing both operational and strategic financial leadership within the public, private and not-for-profit sectors. She combines this with her extensive HR and governance experience to support her roles as a NRW board member and as a trustee for other charitable organisations.

Karen is currently the Chief Executive of Groundwork North Wales, an environmental charity that works with partners to tackle the social, economic and environmental issues faced by local communities. Zoë Henderson is a farmer’s daughter from North Wales who read Agricultural Economics at London University before embarking on a 25 year career in business and marketing with The Dow Chemical Company. During this time, she worked at a senior level in the UK, Europe and the United States in a variety of leadership roles in the crop protection, seeds and biotechnology businesses.

She has wide experience in agriculture, leadership, strategic business development, marketing, new business and human resource development and has always played an active role in industry issues and representation.

Zoë served as a Non-Executive Board member on AHDB Potatoes, a sector of the Agricultural and Horticultural Development Board (AHDB) for six years and is the NRW Board's Equality and Diversity Champion. In addition she is Chair of the Welsh Land management Forum and of the industry wide Sub-group on Agricultural Pollution.

She has also provided consultancy support to various projects and businesses, runs a small interiors and curtain business and is managing a project to develop a holiday destination on the family farm in North Wales. She is a Trustee of The Discovering Old Welsh Houses Group, a steward at The Royal Welsh Show and sits on various committees. Geraint Davies has been farming for over 20 years in the Snowdonia National Park, North Wales.

He is an advocate for producing sustainable food whilst delivering environmental products.

Geraint is the former Wales Chair and Director of Nature Friendly Farming Network, Director of Partneriaeth Penllyn, as well as being active in local committees in Meirionnydd.

Geraint is a fluent Welsh speaker. 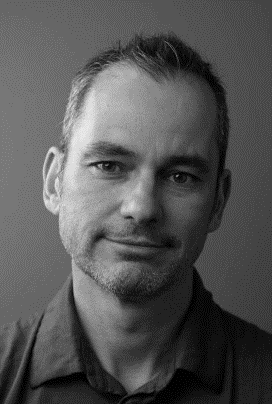 Calvin is a Professor of Economics at Cardiff Business School and an experienced teacher and researcher with 30 years’ experience in the public and higher education sector. He specialises in regional economic analysis, and with expertise in regional modelling, sustainable development, energy, tourism, and the impact of digital technology.

systems for sustainable development. Calvin has been deeply engaged in helping develop

a range of policy and evidence regionally with public and third sector organisations. He has served on the boards of large and small social enterprises, and on national and international committees, including for the United Nations. Mark McKenna is a founding director of Down to Earth, an award-winning group of social enterprises based on Gower, Swansea. Over the last 16 years, Mark has been developing innovative and inclusive approaches to delivering health care and education through the medium of sustainable construction, sustainable land management and outdoor adventures.

Passionate about bringing about positive change through meaningful, hands-on ways of working, Mark’s background has blended the use of natural materials with cutting edge renewable technologies. By putting so-called ‘hard to reach’ groups at the centre, he is an advocate for community engagement, working with young people and adults from diverse backgrounds to ensure Down to Earth delivers on its values of tackling social and environmental inequality concurrently. Mark’s degree and Masters at Swansea University have informed Down to Earth’s strong connection with academic and clinical research institutes to ensure evidence-based ways of working underpin their holistic, cross-sectoral approach.

In October 2020, Mark was awarded an MBE for Services to Young People and Environment. Paul Griffiths has a wealth of experience relating to public policy, its formulation, promotion and implementation. As the senior special adviser in the Welsh Government, Paul advised the First Minister and other Welsh Ministers on a range of matters, including on finance, public service reform and strategic policy. Paul has recent public service consultancy experience in relation to economic strategy, social care procurement and governance. Working in higher education, he undertook research and teaching responsibilities relating to public finance and public administration. Working for Welsh local government he was instrumental in the creation of the Welsh Local Government Association and the current structure of local government.

Paul is a former councillor for Rhondda Cynon Taf Council and has previously been a member of the Board of Trustees of Keep Wales Tidy. Paul was chair of Pontyclun Community Council and chair of the governing body of Ysgol Llanhari. Clare returned to Wales to join NRW as its Chief Executive in February 2018. Prior to this Clare was Director of Culture, Tourism and Sport at the Department for Digital, Culture, Media and Sport. In this role she led the work on the Cultural Olympiad and oversaw a major change programme within the Department. She led work to develop new strategies for Sport, Tourism and Culture, oversaw the delivery of events such as the Rugby World Cup and the World Athletics Championships, developed and led the programme to commemorate the Centenary of the First World War and created new models of governance and financing for organisations such as Historic England, English Heritage, the Royal Parks and Visit Britain.

From 2004 to 2011 Clare ran the Courts Service in Wales. During this time she chaired the North Wales Local Criminal Justice Board, led the campaign for a prison in North Wales and led Her Majesty’s Court Service Wales (HMCS) to become the first Wales-wide body to receive the Chartermark award for Customer Service.

Clare is currently a Board Member of Wales National Opera and prior to this was a Trustee of the Institute of Cancer Research in London for ten years.

Board Members' register of interests

In order for Natural Resources Wales to comply with the openness and accountability standards set by the Office of the Commissioner of Public Appointments (OCPA), our Board members are required to declare any interests which may be relevant to the organisation's work.

All Board members are asked to declare any personal and non-personal interests (for example, those relating to university departments for which a member may be responsible) which they feel might conflict with their responsibilities as a Board member, or which may be perceived, by a reasonable member of the public, to influence their judgement.

Board members are asked to declare both financial and non-financial interests.

Members are also asked to declare at the start of Board meetings any specific interests they may hold which are relevant to agenda items. In such cases, the member is asked to withdraw while those specific items are discussed.

Members of the Board are reimbursed for the costs they incur when travelling on Natural Resources Wales business, including training courses. Costs covered include accommodation, subsistence (including meals and refreshments) and travel.

We recognise that many of our representatives need to travel as part of their everyday business, to ensure that our ambitious business plan targets are delivered. We use the most appropriate methods of travel, and take into consideration sustainability, convenience and efficiency (both for the individual and for Natural Resources Wales), as well as the cost to the organisation.

Details of remuneration will be published in the Annual Report and Accounts.

Elsewhere on the site

Board meetings
Last updated
Is there anything wrong with this page? Give us your feedback.
Print this page