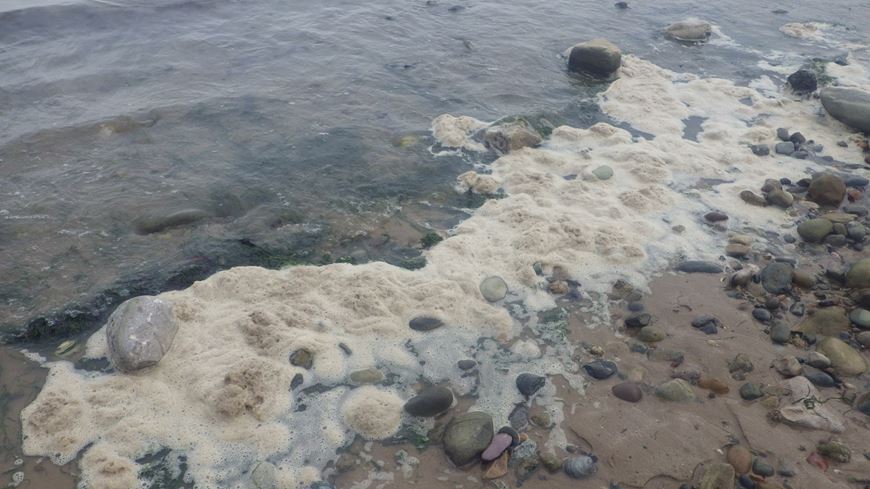 We receive many enquiries about the quality of coastal waters. Most are about genuine pollution incidents, but sometimes they relate to algal blooms that are a natural feature in our seas. This page explains what marine algal blooms are, how they affect you and what you should do if you see one.

What are marine algae

Marine algae live naturally in seas and oceans around the world. They include seaweeds and tiny plants suspended in the water. They can look like green flakes, greenish bundles or brownish dots.

A lot of algae in the same place, which make sea water look discoloured, is called an algal bloom.

A bloom is usually made up of one species. Different species of algae become blooms at different times in the year and under different conditions.

There are many types of bloom-forming marine algae.

The type - and how many there are - are influenced by sunlight, temperature and the level of nutrients in the water.

Bloom-forming algal populations start to increase in the spring, responding to rising temperatures and the length of the day. They grow rapidly into the summer. 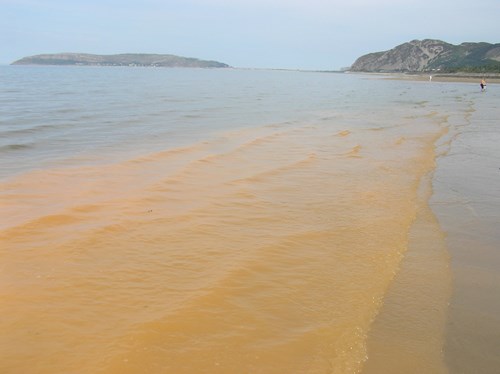 Most marine algal blooms are harmless and adverse effects are rare.

Blooms of non-toxic algal species are more common than toxic ones.

These are the common ones in Welsh waters and are harmless:

Strong winds can whip up these algae into foam, which can be up to two meters thick on the surface of the water. It is then often swept ashore where it breaks down into an unpleasant brown slime, smelling a bit like sewage.

However, some algal blooms can affect fish and other marine life by producing toxins which can have, if swallowed, an adverse effect on people.

There are controls in place to protect people from the health risk of eating contaminated shellfish.

The Centre for the Environment, Fisheries and Aquaculture Science (CEFAS) monitors commercial fisheries for signs of contamination. Where necessary, they will take steps to stop shellfish becoming available for people to eat.

Decaying algal blooms can also affect marine species by reducing the amount of oxygen in the water. If there’s been a big build-up of algae in shallow water, it can kill fish and other species such as lugworms and sea urchins.

What is NRW doing?

We work with others to protect the environment and everyone’s enjoyment of our natural heritage.

This includes monitoring coastal bathing waters between May and September to check its quality. We use this information to advise the public.

What can you do

Find out more about us: Enquiries@naturalresourceswales.gov.uk